6 energy rich gulf countries and the India’s evolving relationship with this regional grouping. 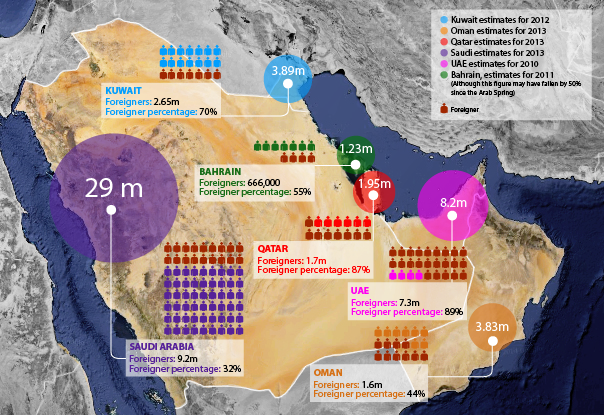 When and why was it founded?

India and GCC: Contours of cooperation

Although India and the GCC countries share a strong economic relationship, there is much progress to be achieved on the political front. Let’s have a close look at some of the important dimensions –

India’s defence diplomacy with countries of the GCC is well reputed.

The meteoric rise of the Islamic State of Iraq and the Levant (ISIS) in neighbouring countries like Iraq and Syria pose a huge threat to the peace and stability of the GCC countries.

Primary maritime security threats include piracy at sea, smuggling of narcotics and arms and the imminent threat of maritime terrorism.