NAVIC is an independent regional navigation satellite system designed to provide position information in the Indian region and 1500 km around the Indian mainland.

What all services are provided? 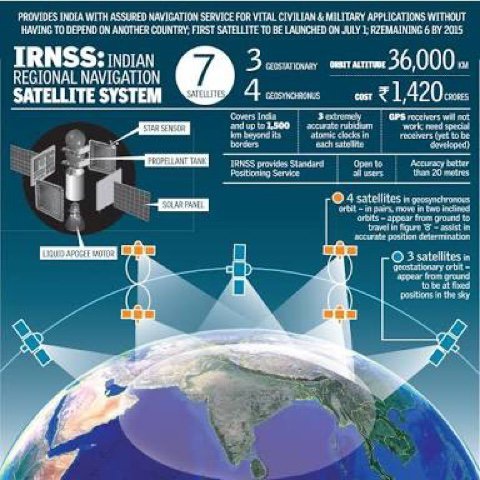 How is India going in a global context?

India has been making great progress in space and research fields. Indian GPS would certainly boost country’s credentials in this field. India becomes only the fifth entity to have a GPS system of their own. Apart from India, US has Global Positioning System (GPS), Russia has Glonass, Europe has Galileo and China has BeiDou as their navigational systems. NAVIC will reduce the dependencies on the other systems for the country. That means that even in a war-like situation there would be no interruption of the information.

How many satellites does NAVIC consist of? When were they launched?

IRNSS is a regional system and so its constellation will consist of seven satellites. Three of these will be geostationary over the Indian Ocean, i.e., they will appear to be stationary in the sky over the region, and four will be geosynchronous – appearing at the same point in the sky at the same time every day. This configuration ensures each satellite is being tracked by at least one of fourteen ground stations at any given point of time, with a high chance of most of them being visible from any point in India. IRNSS satellites are numbered from 1A to 1G.

Why it is necessary to have indigenous global navigation system?

Having a global navigation system bolsters the ability of a nation to serve as a net security provider, especially through the guarantee of such assurance policies. It can also play a significant role in relief efforts post disasters such as the tsunami in the Indian Ocean region in 2004 and the Pakistan-India earthquake in 2005. 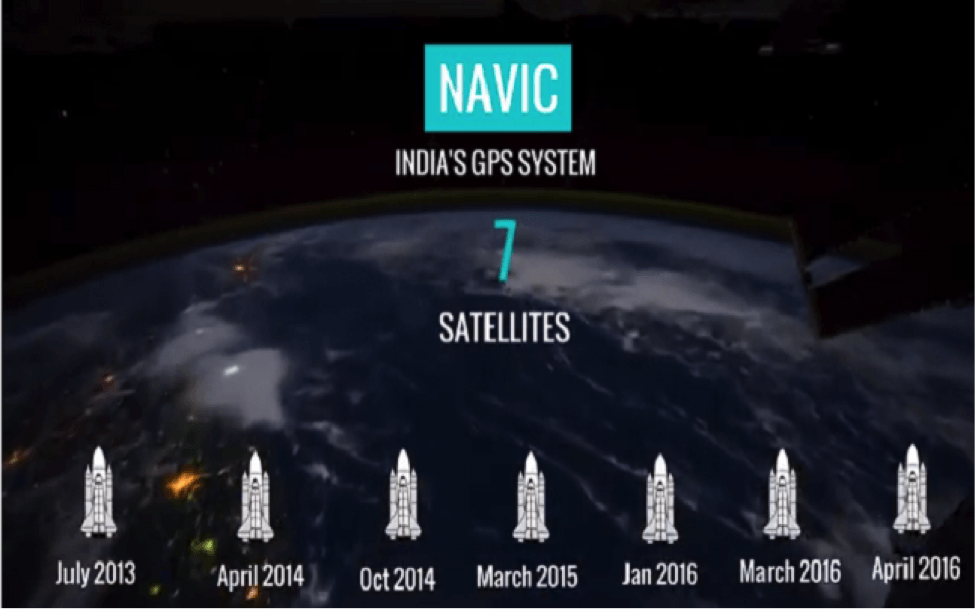 Through land-area mapping, yield monitoring and precision-planting of crops, NAVIC allows for the development of civic capabilities in food and livelihood security.Potential applications of NAVIC:

How this would improve bilateral relations?

Building on India’s offering of assistance to Pakistan during the floods in Pakistan-occupied Kashmir and other areas in 2014, NAVIC could establish a tradition of regional monitoring whereby India leverages its technological edge to safeguard citizens across the subcontinent. Such gestures could blunt the adversarial nature of Indo-Pakistan relations in the long run, signalling to the region and the globe alike that India values human security despite prevailing gridlock in strategic relations. NAVIC might even go some way to mend and meliorate relations with a guarded Islamabad.

Charting out growth routes for South Asian economies, South Asian Association for Regional Cooperation (Saarc) governments can also welcome the launch of NAVIC as an opening shot to accelerated innovation. NAVIC should also propel technological innovations and spin-offs that render South Asia progressively less reliant on technological imports from the West and elsewhere.

Now, India should work to shift the regional frame of mind from defence thinking to subcontinental cooperation, pushing back against isolationist impulses that stand in the way of realizing the civilian and commercial promise of NAVIC. An ability to integrate space infrastructure into the Indian state apparatus has fortunate ripple effects beyond Indian borders. In dedicating itself to exploring and actualizing the civilian and commercial potential of NAVIC, India can signal to its regional partners that its rise is not only passively peaceful but also directly beneficial to those it can lift up in its tide.