1.  Swachh rankings are out, Indore gets cleanest city tag 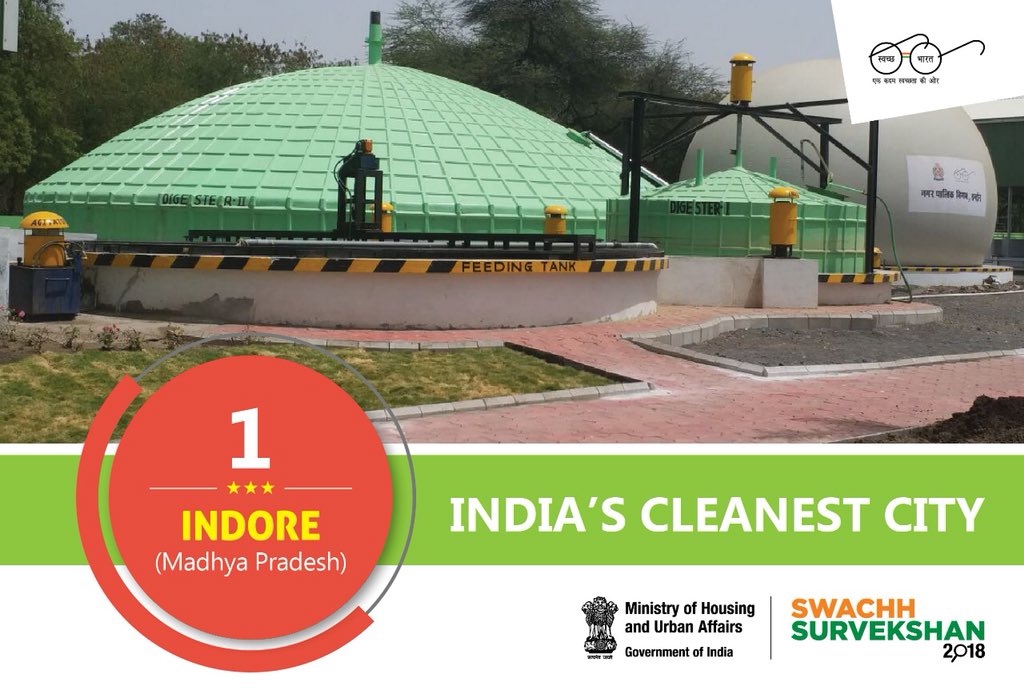 Why is Indore so clean? How can that be implemented in other cities?

To stop the problem of open defecation, the civic body started a campaign using school children (the “dabba gang”) who would start beating metal boxes whenever they see anyone defecating in the open.

Compost pits were built near one of the largest vegetable markets in the city to collect and use the vegetable waste generated in tonnes from there.

What is a shell company?

Just like a shell, which has a thick outer covering, while the inside is hollow, Shell Company is a corporate entity without active business operations or significant assets. It is interesting to note that that shell corporations are not illegal. They are deliberate financial arrangements created to either avoid taxes or even promote startups.

Most of the shell companies are registered in tax havens, where there is nil or low tax.

Legally, Securities Act enacted in the USA has defined shell company as follows.

“Securities Act Rule 405 and Exchange Act Rule 12b-2 define a Shell Company as a company, other than an asset-backed issuer, with no or nominal operations; and either:

In India, Shell companies haven’t been defined in law.

In the last two months, the government has publicised three documents that can shape the environment and forest governance in India. Interested citizens have been given a few days to read and respond to a draft forest policy, amendments to the 2011 Coastal Regulation Zone (CRZ) notification and the draft National Clean Air Programme (NCAP) put out by the Environment Ministry.

5. Food subsidies and WTO: Rich of the US to challenge India

Last week, the United States (US) submitted a document in the World Trading Organization (WTO) questioning the compatibility of India’s agricultural subsidies with the relevant provisions of the Agreement on Agriculture (AoA).

The World Trade Organization (WTO) is an international trade institution. The WTO superseded and replaced the GATT. The GATT was a provisional, multilateral agreement governing international trade from 1947 until January 1, 1995. The creation of the WTO was negotiated in the final GATT round, the Uruguay Round. The WTO inherited a number of core principles from the GATT. These principles include:

• Non–discrimination, which in practice means two things. The first principle is MFN–most favoured nation treatment. Any trade concession a nation offers to one member, it must offer to all. The second principle is national treatment. This means that imported products must be treated the same as domestic goods.

• Transparency and predictability in import and export rules and regulations.

Although built on the GATT legacy, the Uruguay Round and WTO added many new issues and features.

Agreement on Agriculture is one such new provision added in WTO.

The WTO\’s Agreement on Agriculture (AoA) was negotiated in the 1986-94. This multilateral trade negotiations during the Uruguay Round of the General Agreement on Tariffs and Trade (GATT and marked a significant first step towards bringing agricultural subsidies (domestic support in the language of the AoA) under international disciplines. Specific commitments set out in the AoA were implemented over a 6-year period (10 years for developing countries), starting in 1995.

• It is to establish a fair, transparent and market oriented agricultural trading system, to strengthen more operationally effective GATT disciplines.

• The agreement does allow governments to support their rural economies, but preferably through policies that cause less distortion to trade.

• It also allows some flexibility in the way commitments are implemented. Developing countries do not have to cut their subsidies or lower their tariffs as much as developed countries, and they are given extra time to complete their obligations. Least-developed countries don’t have to do this at all. Special provisions deal with the interests of countries that rely on imports for their food supplies, and the concerns of least-developed economies.

The Agreement on Agriculture has three pillars

• Amber Box:  Provides Aid to avoided and reduced, Measures to support prices, subsidies most directly linked to production level and quantities meanwhile, all domestic support considered to distort production and trade (with some exception like except that placed in the Green and Blue Box.  It subject to limits expressed in terms of a “Total Aggregate Measurement of Support” (Total AMS) which combines all supports for specified products, together with supports that are not for specific products, into one single figure.

For example- When European Union buys up cereals and dairy products at guaranteed prices from its producers; (Like Indian Minimum Support Prices but AOA didn’t object to Indian MSP programmes) it is amber-box aid.

• Blue Box: Production limiting programmes that still distort trade. Subsidy is permitted under the blur box, cover certain direct payments to farmers where the farmers are required to limit production called’ Blue Box’ measures, comprises government assistance programmes to encourage agricultural and rural development in developing countries. Any support that would normally be in the amber box is placed in the blue box if the support also requires farmers to limit production.

For e.g. Blue box contains aid to livestock or land not linked to prices but to fixed figures for surface and yield.

• Green Box:  It follows under the Permitted subsidies, Minimal Distortion, and typically includes those to research and development (R&D), environmental protection and animal welfare. Blue box subsidies are also permitted, but on the condition that they must not lead to increased production as amount spent on government services. Green subsidy allow in terms of support example: MSP or subsidies. It includes the payments made directly to farmers that off limits stimulate production, such as certain forms of direct income support, assistance to help farmers to restructure the agriculture, direct payment under environmental and regional assistance programmes.

Market access refers to the reduction of tariff (or non-tariff) barriers to trade by WTO members. The 1995 Agreement on Agriculture required tariff reductions of:

– 36% average reduction by developed countries, with a minimum per-tariff line reduction of 15% over six years.

– 24% average reduction by developing countries with a minimum per-tariff line reduction of 10% over ten years.

Least developed countries (LDCs) were exempt from tariff reductions, but they either had to convert non-tariff barriers to tariffs—a process called tariffication or “bind” their tariffs, creating a ceiling that could not be increased in future.

The Agriculture Agreement prohibits export subsidies on agricultural products unless the subsidies are specified in a member’s lists of commitments. Where they are listed, the agreement requires WTO members to cut both the amount of money they spend on export subsidies and the quantities of exports that receive subsidies. Taking averages for 1986-90 as the base level, developed countries agreed to cut the value of export subsidies by 36% over the six years starting in 1995 (24% over 10 years for developing countries). Developed countries also agreed to reduce the quantities of subsidized exports by 21% over the six years (14% over 10 years for developing countries). Least-developed countries do not need to make any cuts.

A Special Safeguard Mechanism (SSM) empowers developing countries to levy additional safeguard duties in the event of an abnormal surge in imports of the entry of unusually cheap imports.

Subsidies deserve to be placed in the green or blue box, rather than the amber box, is sometimes a matter of contention at the WTO. Within the current negotiations, many developing country members have expressed concern over “box-shifting”: the movement of subsidies from the amber to the blue box without significant changes in the nature of the subsidy. The G-20, a group of 20 developing country WTO members, has pushed for rules that would help ensure that amber box subsidies are completely transformed before gaining access to the blue box.

Why is the rupee in a free fall?

Antibiotics in poultry harm non-meat eaters as well. India should follow the example of EU, US and China in regulating the industry.

What is an antibiotic?

Scope of the Problem:

Prevention and control of the problem: