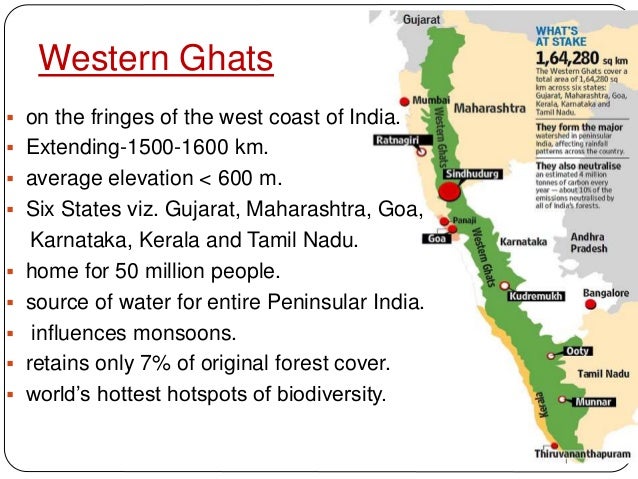 The Madhav Gadgil Panel recommendations can be summarized in the following:

The above description makes it clear that Gadgil panel recommended something which was indigestible to politicians and businesses although it was supported by ecologists. The report was first not released in public by central government and once it appeared in public domain, it was also criticized by states where the mountain range stretches along with politicians and farmers’ organisations that feared it would hamper development.

Kasturirangan committee on the Western Ghats

As said earlier, the Kasturirangan committee was constituted to examine the WGEEP report. The committee is often called HLWG – it denotes the 10 member high-level working group (HLWG), headed by Kasturirangan.

The panel concluded that:

Comparison of the two panels: 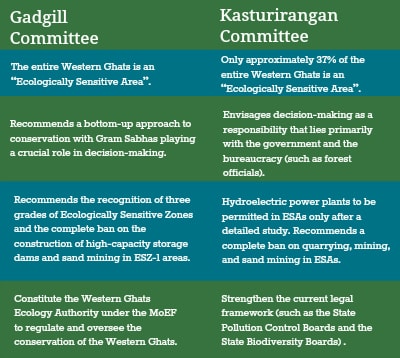