1. The crackdown on civil society

What is civil Society?

What is the need for civil society?

What has been the role of Civil Society in India?

Some parts of global civil society have played a significant role in mobilising public opinion and in spurring global action in the direction of fairness and justice. Each democratic association is important, but we cannot deny that civil liberty and human rights groups are an essential precondition for human well-being. But too often an unbalanced picture is painted of this highly complex phenomenon. Alongside its evident benefits and opportunities, some of its limitations and downsides should be recognised. A more rounded understanding of and intelligent engagement with the civil society will help to bridge the gap between its image and its performance, and produce better public policy.

2.  How not to do an environmental assessment

What is an EIA Report?

This article outlines three ways in which these projects have used the Environmental Impact Assessment (EIA) process to subvert the right of citizens to a better environment.

The EIA Notification 2006 says that “deliberate concealment and/or submission of false or misleading information or data…” can lead to a rejection of the application or cancellation of the approval. But it is unlikely that the Ministry will pursue this line against these projects as it would mean stopping the project of the more powerful Ministry of Urban Development.

Stagnation of SAARC limited both the scope of India’s growing economic aspirations as well as the role it could play in improving regional governance. However, India did not stop its efforts in revitalising the SAARC grouping when opportunities emerged.

4. A people’s campaign to rebuild Kerala

There is no doubt that the short-sighted attempts in building man-made capital (buildings in hilly forests, encroachments on wetlands and rivers, and stone quarries) while ignoring the attendant degradation of natural, human and social capital have played a significant role in exacerbating the problem. The immediate task in the State is relief and rehabilitation, but it is crucial to simultaneously identify the root causes of the havoc.

The root causes of Floods:

The right of local communities:

What steps should be taken? 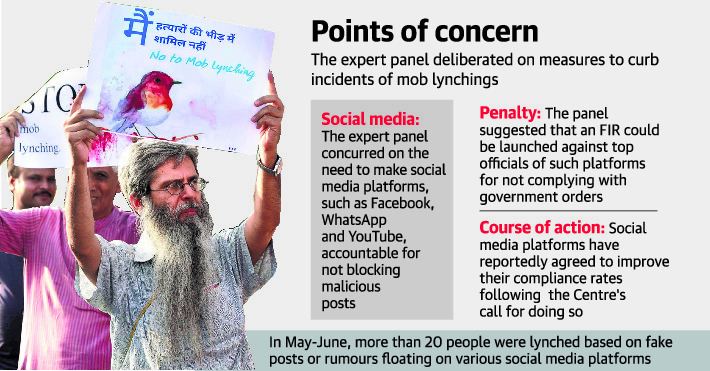 6. O-SMART : India is set to get more disaster warning systems along its coasts

Other key missions under O-SMART include