The first round of India- U.S. 2+2 talks at the level of External Affairs Ministers and Defence Ministers of both the countries was scheduled on the 6th of September but has been postponed by the US, citing unavoidable reasons.

Three factors have contributed to the emerging strategic convergence.

What opportunities does 2+2 dialogue offer?

Two difficult issues loom large and the 2+2 offers an opportunity for addressing these:

2. Story of a leaking ship

The Law Commission has said that a person should not be charged with sedition for “merely expressing a thought that is not in consonance with the policy of the Government of the day”.

It has said that the stringent sedition law should be invoked only in cases “where intention” behind the act is to “disrupt public order or to overthrow the Government with violence and illegal means”.

What are the objections to the provision?

4. The Law Commission of India on Uniform Civil Code (UCC) 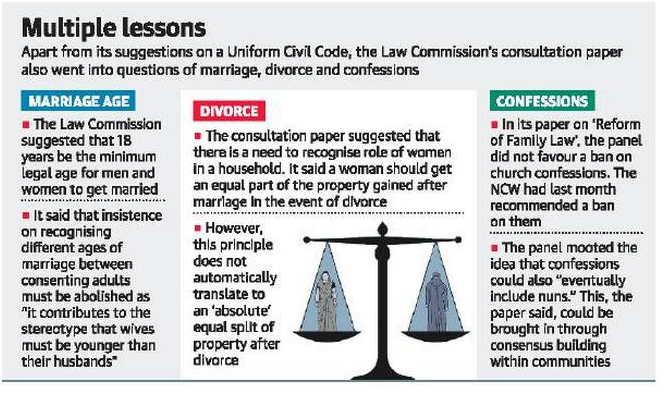 5. Kathmandu Declaration to Root out Terror 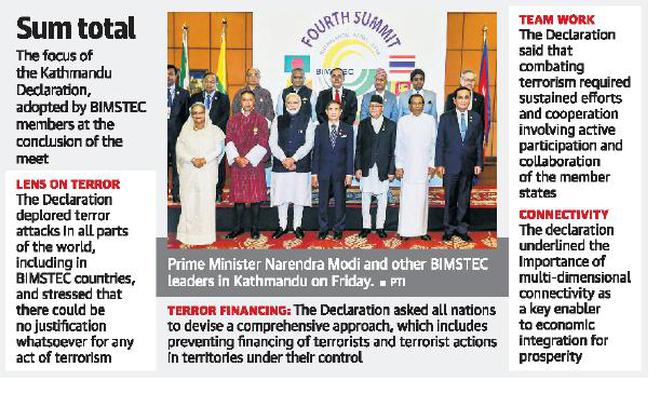 Other Details of the Declaration