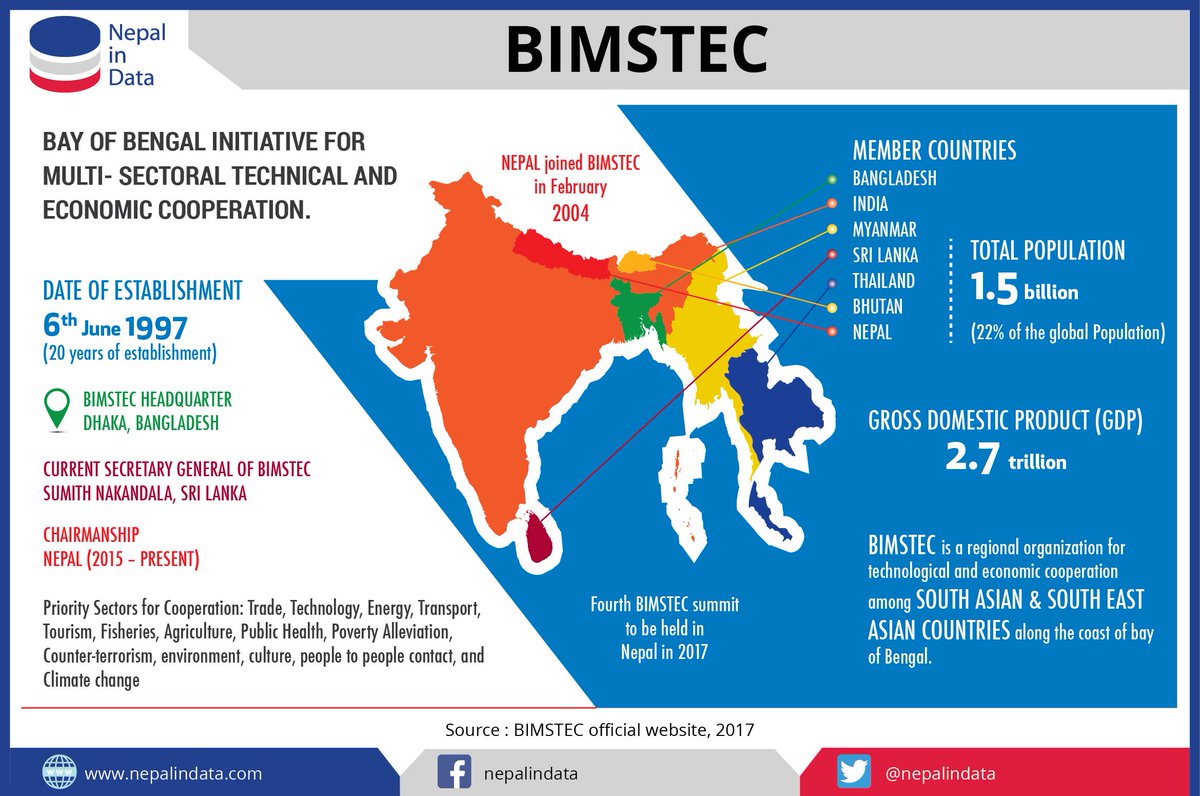 Bimstec needs to learn from the weaknesses of Saarc.

Factors for sluggishness in BIMSTEC:

1. India, the largest member of the grouping, has often been criticised for not providing a strong leadership to BIMSTEC.

2. Both Thailand and Myanmar are criticised for having ignored BIMSTEC in favour of ASEAN.

3. Absence of a permanent secretariat for a long time and lack of commitment to invest in several priority areas identified by the member states were seen as some of the key institutional factors holding the BIMSTEC back.

4. The ‘noodle bowl effect’ of regionalism too was at work as formation of another sub-regional initiative, the Bangladesh-China-India-Myanmar (BCIM) Forum, with the proactive membership of China, created more doubts about the exclusive potential of BIMSTEC.

For BIMSTEC to become an enabler of regional cooperation, it will have to evolve as an organisation that works through a bottom-up rather than a top-down approach. The people-centric approach seems to be the best as BIMSTEC seriously lags behind ASEAN and other regional organisations in terms of people-to-people contacts. Also, the organisation needs to focus on fewer priority areas for purpose of better implementation. It needs to undertake projects that are economically feasible and result-driven. This would add to the credibility of BIMSTEC. Finally, since the BIMSTEC region is notable for its diversity, the member states need to build on the regional synergies and work towards utilising the available resources in the most optimal manner. This would help build a stronger and a more dynamic BIMSTEC.

How is BIMSTEC different from SAARC?