INTRODUCTION
Pt. Nehru, the first PM of India advocated that “Everything, except agriculture can wait”. It is of no surprise that farmers and farming activity were given sacred status in Indian civilisation where Goddess Annapurna is the goddess of food and nourishment in Hinduism. In modern times, Agriculture in India boasts of a series of achievements – Largest producer of milk; Second largest producer of rice, wheat, fruits, and vegetables, Fifth largest producer of poultry. However, it also continues to suffer from problems of malnutrition, farmer distress, farmer suicides, post-harvest losses, challenges of climate change etc. Thus, while agriculture in  India may have come a long way, it continues to face series of challenges.

DEFINITION
Agriculture is defined as a primary economic activity. In other words, it is the science or practice of farming, including cultivation of the soil for the growing of crops and the rearing of animals to provide food, wool, and other products.

However, implications of agriculture are huge for human life and human society – social, political, cultural, ecological, security, strategic etc. Hence, it is of no surprise agriculture possibly the only economic activity which has ‘culture’ as a suffix corroborating its multiple and multi-dimensional implications.

Agriculture isn’t a uniform activity but dependent on physical and human factors giving rise to different types of farming. Some of which are:

AGRICULTURE IN INDIA  –  A TIMELINE

STATUS  OF  AGRICULTURE IN INDIA

REASONS  FOR SUCH A SITUATION

The agriculture sector in India is experiencing structural changes which are opening up new  challenges and The Government has initiated reforms in the field of agricultural marketing,  given a  big push to the use of technology in agriculture, and also adopted Direct Benefit Transfer (DBT) mode for timely delivery of extension services, credit and other inputs to small and marginal farmers. However, the challenges in agricultural sector can’t be handled by government alone. There is a need to involve corporates, civil society organisations, academia and society as a whole for reforming agriculture. While infrastructure support like land, irrigation, seed etc. are necessary, there is also a need for cultural shift, need for viewing agriculture in a positive light, need for perception change. In this context, our past provides us with the guiding light where land was used as a gifted to people with intellectual prowess,  had a sacred status. Or as famous agricultural scientist M. S. Swaminathan has said – “If agriculture fails, everything else will fail”. The choice is ours!

As Biological method for controlling Weed; For Sports / recreation; As Companion animals; For Income and Employment

Engage about 14 million people in different activities; About 6.3% of the global fish production;
Contributes to 1.1% of the GDP and 5.15% of the agricultural GDP; Nearly 65% contribution from the inland sector 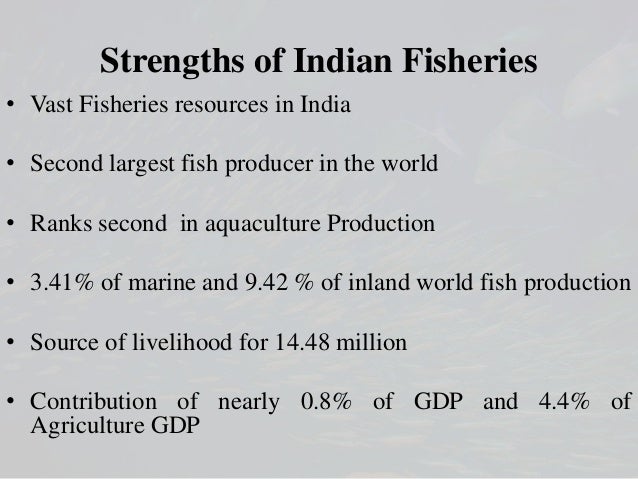 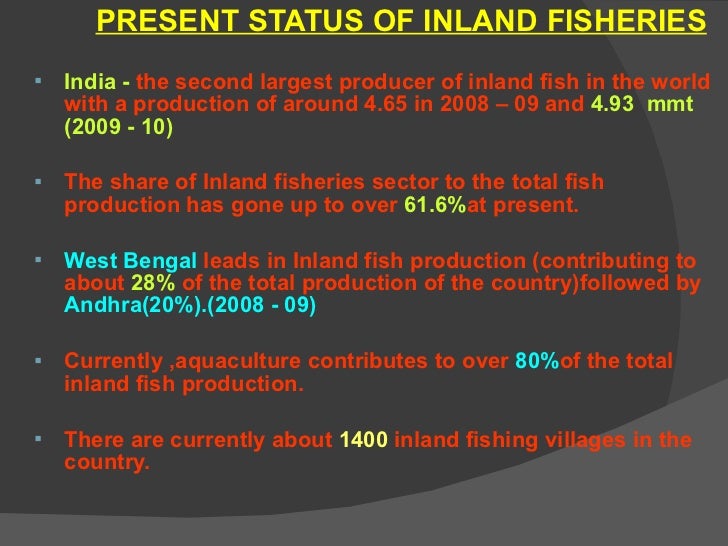 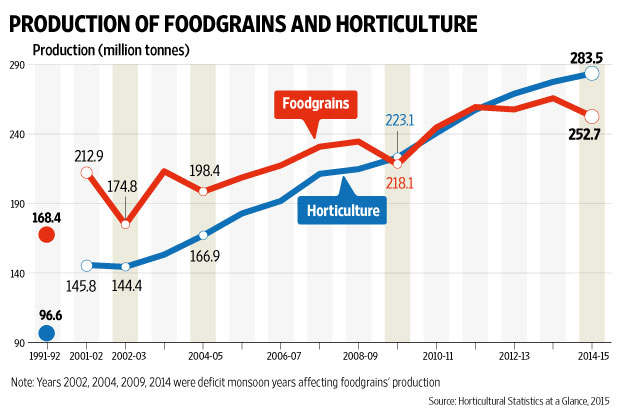 Positive for horticulture is that fruits and vegetables are mostly grown by marginal and small farmers (with less than 2 hectare of land). This means that resource-poor farmers are likely to have benefitted most from the growth in horticulture sector. More so, because the value of the horticulture output grew more than double compared with all other crops put together in the four years between 2008-09 and 2012-13.

Fruits and vegetables are grown in less than 5% of the country’s gross cropped area, compared to over 63% of the area used to grow foodgrains. 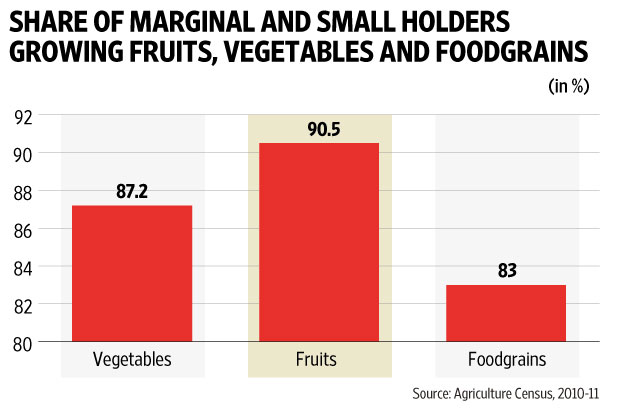 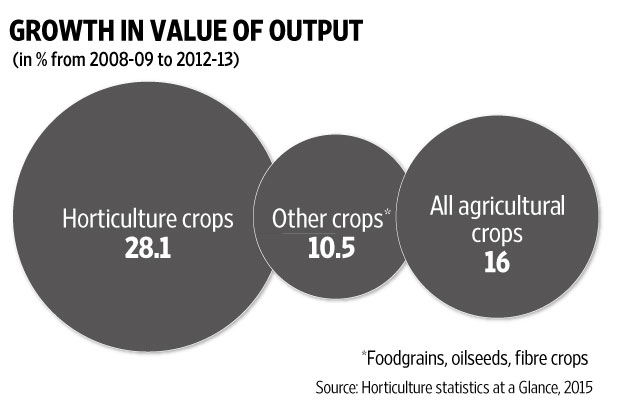 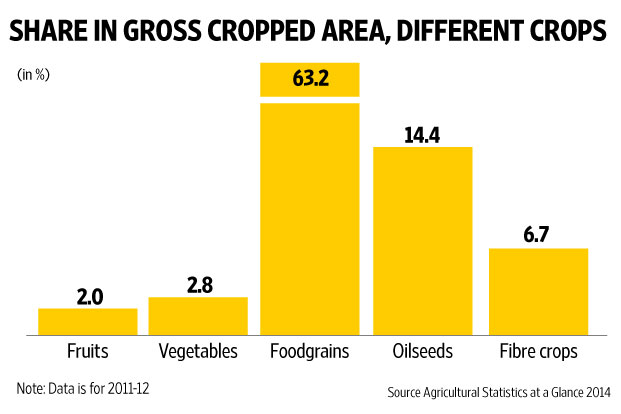 What drove the growth of horticulture sector in India?

Better incomes, urbanization and higher consumption of fruits and vegetable seem to be driving the demand which is addressed by small farms.

Consumption data from the National Sample Survey Organisation (NSSO) shows that while monthly consumption of cereals per person in rural areas declined from 13.4 kg in 1993-94 to 11.2 kg in 2011-12, consumption of vegetables went up from 2.7 kg to 4.3 kg during this period. 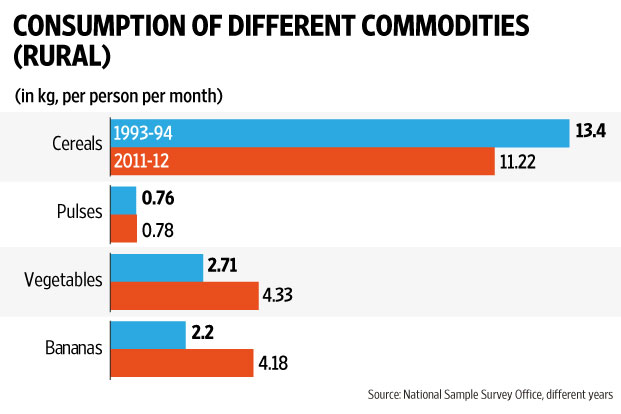 In 2013-14, the ministry discontinued the earlier methodology and replaced it with what is known as CHAMAN (coordinated programme on horticulture assessment and management using geoinformatics). This uses a combination of remote sensing technology, sample surveys and market arrivals to estimate horticulture output and area.