In a week’s time, 30 nurses trained in midwifery would be posted in 12 government healthcare facilities that have recorded a high number of deliveries. The move is expected to bring down C-Section deliveries and maternal mortality rate (MMR) in the State.

According to World Health Organisation’s (WHO) ‘Global Strategic Directions for Strengthening Nursing and Midwifery 2016-2020’, there is demonstrable evidence substantiating the contribution of the nursing and midwifery workforce to health improvements, such as increased patient satisfaction, decrease in patient morbidity and mortality, stabilisation of financial systems through decreased hospital readmissions, length of stay, and other hospital-related conditions, including hospital-acquired infections, which consequently contributes to patient well-being and safety.

How did Telangana bring down its MMR through sustained campaign?

According to data released by the Sample Registration System (SRS), Telangana state went from an MMR of 92 in the 2011 to 2013 period to a rate of 81 between 2014 and 2016. The effort of the state government to reduce its MMR has resulted in the entire nation’s MMR reducing to 130 from 167. In fact, Telangana is now close to the 70 mark, the Sustainable Development Goal (SDG) set for the country.

2. No guarantee that bank privatisation will be a panacea

The banking system is overburdened with non-performing loans. Much of the problem lies in public sector banks, but private sector banks like ICICI and Axis Bank have not been immune. Some of the malaise comes from a general need to improve governance, transparency and incentives in the system.

But they do make loans to non-bank financial companies, which make loans to developers. To prevent risk from returning to bank balance sheets, NBFCs must be able to raise money directly from markets.

Reduce the number and weight of government mandates for PSBs:

For six months in a year, the Veerapuram and Venkatapuram villages of Anantapur district turn home to beautiful Painted Storks who fly here from far-off places for their breeding season. Cyclone Fani has left a trail of destruction across a large part of coastal Odisha, but its management has emerged as a global example of how timely weather alerts, preparedness and informed public participation can dramatically reduce loss of life.

Change from Past cyclones – The toll from the extremely severe cyclonic storm on May 3 stood, at last count, at 34 deaths. In terms of material losses, several districts were battered, houses flattened and electricity and telecommunications infrastructure destroyed, but the relatively low mortality shows a dramatic transformation from the loss of over 10,000 lives in 1999 when super cyclone 05B struck.

Odisha then worked to upgrade its preparedness, which was tested when very severe cyclonic storm Phailin struck in 2013.

It was able to bring down the number of deaths to 44 then, in spite of a wide arc of destruction: 13 million people were hit and half a million houses destroyed.

Upgradation – They should use the opportunity to upgrade technology, achieve cost efficiencies and build resilience to extreme weather, all of which can minimise future losses.

Global Environment Funding – Given the vulnerability of Odisha and Andhra Pradesh to cyclones, the frequency and intensity of which may be influenced by a changing climate, the Centre should press for global environmental funding under the UN framework to help in the rebuilding.

Both States have received funding from the World Bank in cyclone risk mitigation efforts since 2011.

Steps to be taken to restore normalcy in Odisha

Health Interventions – This should be treated as a national mission. Public health interventions are paramount to avoid disease outbreaks.

Other measures – The State government has been able to restore some physical movement by opening up highways and district roads; the Centre has relieved tension among students by postponing the National Eligibility-cum-Entrance Test in Odisha.

This can be achieved through better-designed houses and cyclone shelters, good early warning systems, periodic drills and financial risk reduction through insurance.

Early weather warnings hold the key to better management, and during the Fani episode the India Meteorological Department played a crucial role. Its commendable performance has been recognised by the UN as well.

Odisha’s experience, which coincides with similar devastation along east Africa this year, will be keenly followed at the UN Disaster Risk Reduction conference convening on May 13 in Geneva.

5. Why is northeast India drying up rapidly? 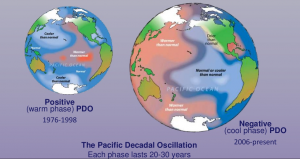 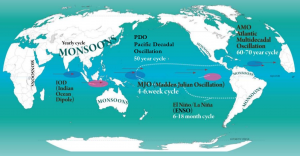