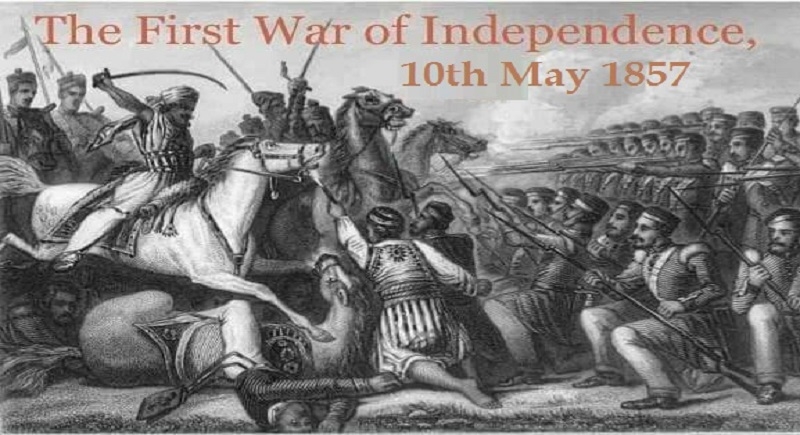 “Among the many lessons the Indian mutiny conveys to the historian, none is of greater importance than the warning that it is possible to have a Revolution in which Brahmins and Sudras, Hindus and Mahomedans, could be united against us…”

~ George William Forrest, British historian, mentioned in the introduction of the State Papers soon after the end of the First War of Independence,

What Forrest mentioned as the “Indian mutiny”, is considered as the First War of Indian Independence by the historians of India. Even though this term is disputed by some, all do agree that the uprising against the British administration came after a significant realisation by Indians that foreigners were not welcome in India, and should stop draining the country off its prosperity and resources.

Down the years, historians have termed this significant event by various names, including “The Sepoy Mutiny”, “The Uprising of 1857”, and “The 1857 Rebellions.” After India gained its complete independence in 1947, it was generally agreed that this was in fact the “First War” that eventually amplified the national sentiments of the people of India, consequently causing organised Nationalist Movements across the country.

10 May 1857, marks the date when it all began. This was the day when Indian Sepoys bombed and killed several British officers in the Meerut Cantonment. This bombing was neither an isolated event, nor a sudden occurrence. It was in fact, the result of building anger due to oppression by the tyrannical British officers. The tipping point was the use of cow and pig fat in the grease of the rifle cartridges used by the soldiers. This angered and hurt the sentiments of both the Hindu and Muslim soldiers in the army. This was also the reason why Mangal Pandey, a young sepoy of the 34th Native Infantry, attacked a British officer in Barrackpore at Bengal, in March the same year.

Causes culminating into the First War of Independence

The tyranny of the British was not just towards the soldiers. They had angered and hurt every class of people in the country. The major causes included, economic exploitation by forcing imported goods and banning local stuff, destruction of traditional cultures that pushed artisans into poverty, exclusion of Indians in the higher administrative posts in the government, treatment of all Indians with racial arrogance and contempt, annexation of kingdoms as per the Doctrine of Lapse policy, and forcing people to convert to Christianity. The annexation policy, in particular, forced kings, princes and queens to fight against the British soldiers in order to retain their land.

The First War of Independence was not a single battle, but a series of rebellions which took place in different places in North India between 1857 and late 1859.

Chief points of rebellions are as follows –

It is evident that towards the end of the year 1859, the rebellions that constituted the First War of Independence were successfully crushed by the British soldiers. The British in fact made sure, that none of the prisoners spent time in jail. Many of them were hanged without trial. The British also ruthlessly shot and cut every Indian who seemed like trouble. The year after the end of the Sepoy Mutiny is remembered as the “Devil’s Wind”, when Indians were subjected to no mercy.

In addition, the First War of Independence also brought about a major change in the British administration. All this while, it was the East India Company that ruled India. When the rebellions began, the British Parliament passed a law declaring India to be under the British Crown.

One of the major reasons attributed to the Indians’ loss in the First War of Independence was the lack of unity. Then again, this taught the Indians important lessons with relation to their attitude towards the British. They realised that all kings, zamindars, princes, peasants and even the common village folk need to stand united, to fight the British. This gave new impetus in the Indians’ heart to embark on a national movement to free their country from a foreign power. 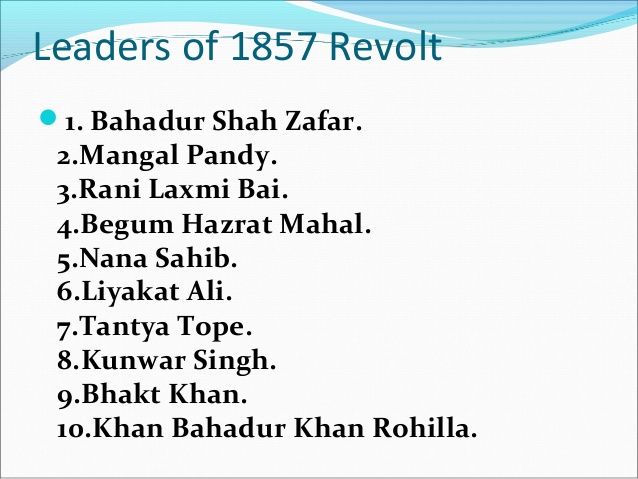