1. Post Fani, Odisha should be considered for Special Category

The erstwhile Planning Commission body, the National Development Council (NDC), granted Special Category Status to states based on a number of features, which included:

Jammu and Kashmir was the first state to get Special Category Status and another 10 states were added over the years, with Uttarakhand being the last in 2010. 2. Maharashtra reels under drought as water reserves dry up 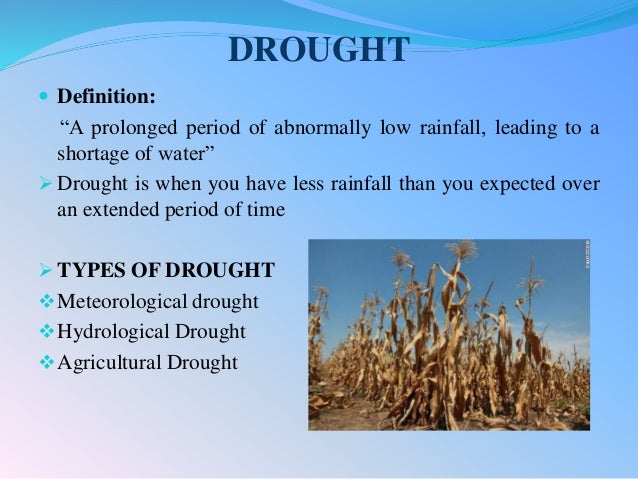 Meteorological drought is the general lack of moisture in the weather such as lack of precipitation, and the play of other weather conditions such as dry winds, high temperatures and so on.

This drought happens when atmospheric moisture is reduced to an extent that soil moisture is affected. This affects crops, animals and also evapotranspiration.

Occurs when there is a deficiency in the surface and groundwater supply in a region, often due to less precipitation, unrestrained reliance on surface water for farming, energy and other needs.

This is when the supply of some goods and services like food, drinking water and energy are diminished or threatened by changes in hydrological and meteorological conditions. Sometimes it is even made worse by growing populations and excessive demands of such goods, to the point that it creates stress on the little water available. It takes a very long time for this kind of drought to get into full gear, and a long time to recover from it.

3. Explained: Efficiency and quota in promotions — what Supreme Court has said

The order by a two-Judge bench of Justices D Y Chandrachud and U U Lalit held that a Karnataka statue allowing for reservation in promotions of SCs/STs is valid — the court had, in September 2018, held there was no need to revisit the M Nagaraj case (2006) which spoke of quantifiable data being necessary to decide on reservation.

Balancing Merit and Social justice
1 . Details of order – The Order said: “.. A ‘meritorious’ candidate is not merely one who is ‘talented’ or ‘successful’, but also one whose appointment fulfils the constitutional goals of uplifting members of the SCs and STs, and ensuring a diverse and representative administration.”

2. Article 335 – Article 335 of the Constitution states that the “claims of the members of the Scheduled Castes and the Scheduled Tribes shall be taken into consideration, consistently with the maintenance of efficiency of administration, in the making of appointments to services and posts in connection with the affairs of the Union or of a State”.

3. Forming a well-governed society – Since inclusion is inseparable from a well-governed society, there is, in our view, no antithesis between maintaining the efficiency of administration and considering the claims of the SCs and STs to appointments to services and posts in connection with the affairs of the Union or of a State.”

4. No reduction in efficiency by reservations – The Constitution does not define what the framers meant by the phrase efficiency of administration. Article 335 cannot be construed on the basis of a stereotypical assumption that roster-point promotees drawn from the SCs and STs are not efficient or that efficiency is reduced by appointing them.”

5. No abstract criteria for measuring efficiency – The benchmark for the efficiency of administration is not some disembodied, abstract ideal measured by the performance of a qualified open category candidate,” the judges said.

4. Of shells, companies and GDP

About a third of non-government non-financial companies in the services sector are not traceable is the finding of a National Sample Survey Office (NSSO) survey for 2016-17 that has just been released. Since such entities could be shell/fake/bogus companies included in the MCA-21 database of “active” companies used for estimating the gross domestic product (GDP), the new finding could imply that private corporate sector GDP is being currently overestimated, denting the official growth narrative.

As a first step towards dispelling the growing distrust in the new GDP series, the government should put up the MCA-21 data for public scrutiny and lift the opacity of the methodology used in estimating corporate sector output.

5. Explained: Human body mapping— how cells, tissues react when in a disease stage

Who can participate in this project?

How has the project been designed?

Utility of the project

Which of the given statement/s is/are incorrect?