Skip to content
May 14, 2019 Shiksha IAS Academy
Q. Which one of the following pairs is incorrectly matched. [OPSC2011]
(a) First Anglo Mysore war–Defeat of Madras Government by Hyder Ali.
(b) Second Anglo Mysore war–Treaty of Mangalore.
(c) Third Anglo Mysore War–Defeat of Tipu Sultan.
(d) Fourth Anglo Mysore war–Susidairy Allaince Treaty imposed on Mysore
Answer:- (a)
Explanation:- During First Anglo Mysore war (1766-69) Hyder Ali succeded in conquering  parts of Madras  but the Madras government remained uneffected from Hyder Ali’s attack.
Q. The triple alliance against Tipu was formed by Cornwallis consisted of the following-[MPPSC 2010]
(a) The English, Nizam and the Marathas (b) The English, Nizam and Awadh
(c) The English, Nizam and Carnatic          (d) The English, Mrathas and Carnatic
Answer:-  (a)
Explanation:-  Lord Cornwallis(1786-93) formed triple allainces with Maratha and Nizams of Hyderabad during the third Anglo-Mysore war.(1790-92).
Q. The Treaty of Serirangpattam took place in-[MPPSC 2010]
(a) 1791
(b) 1792
(c) 1793
(d) 1794
Answer:- (b)
Explanation:- Treaty of Serirangapatnam was signed by Tipu Sultan on one hand and British and their allies(Nizam and Maratha) on the other.The treaty marked the end of third Anglo-Mysore war and was signed in 1792.

The Anglo-Mysore Wars were a series of four wars between the British and the Kingdom of Mysore in the latter half of the 18th century in Southern India.

Causes of the war:

Course of the war:

Result of the war:

Causes of the war:

Course of the war:

Result of the war: 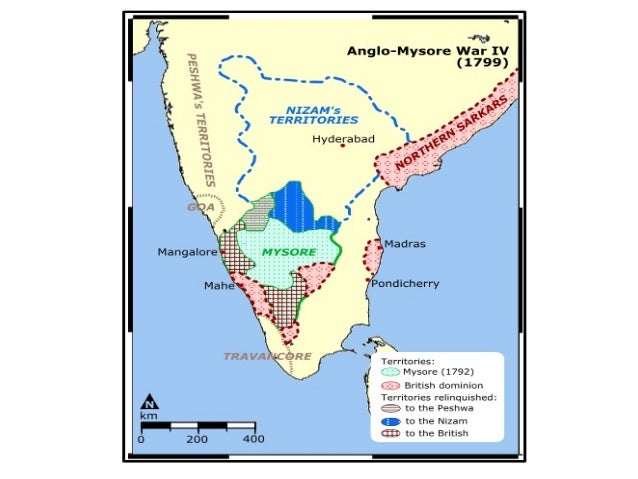 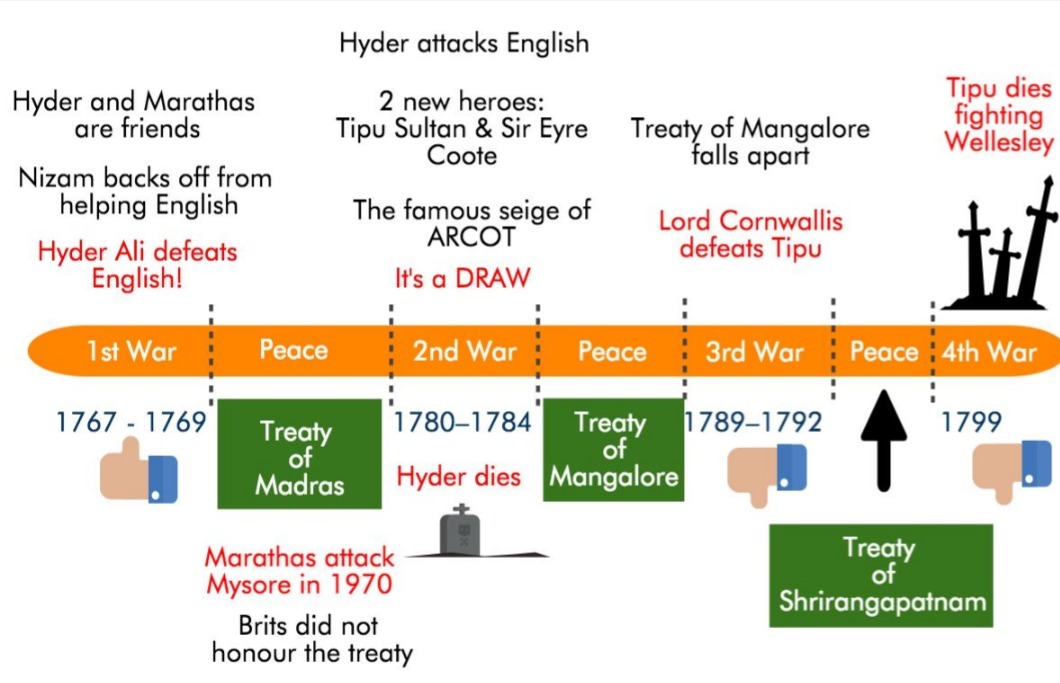