The Seven Year Global War was fought from 1754 to 1763, actually a period of nine years, between France and Britain.

Other European powers like Spain, Prussia (Germany) & Austria also got engaged in the war. Known as the Global War since it was fought on different battlegrounds including North America, Caribbean, India, West Coast of Africa and in Europe

In North America, the British had 13 colonies on the Eastern coast along the Atlantic Ocean. They wanted to expand westwards for want of more raw materials and an increased export market in North America. But the west was under the domination of France. The French were anxious to hold on to Western North America to prevent British hegemony in the world political and economic affairs. 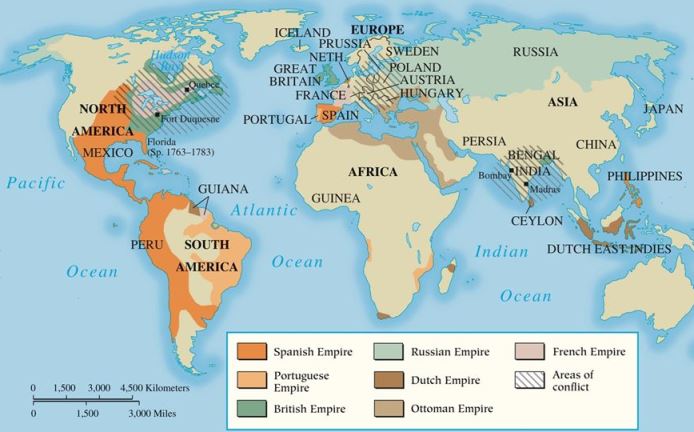 Britain was undergoing the Industrial revolution (1750 onwards) at that time, which was making the British goods much more competitive in the world markets. Also, Britain was emerging as a dominant sea power and its maritime trade profits were soaring. Thus, France feared that a stronger Britain in North America would soon threaten the French colonies in the Caribbean.

They were right and in Caribbean the British fought against Spain and France who controlled the profiteering sugar plantations in their Caribbean colonies.

The West African Senegal had large natural resources, especially of Gum, and the French trading ports here, came under the British attack.

The Treaty of Paris of 1763 signed after the 7 Year War had the following clauses:

The effect of the Seven Year War on world politics was that it reduced the domination of France, while Britain Consolidated its colonial power. Also, it laid the ground for American Revolution (1765-83) & French Revolution (1789). 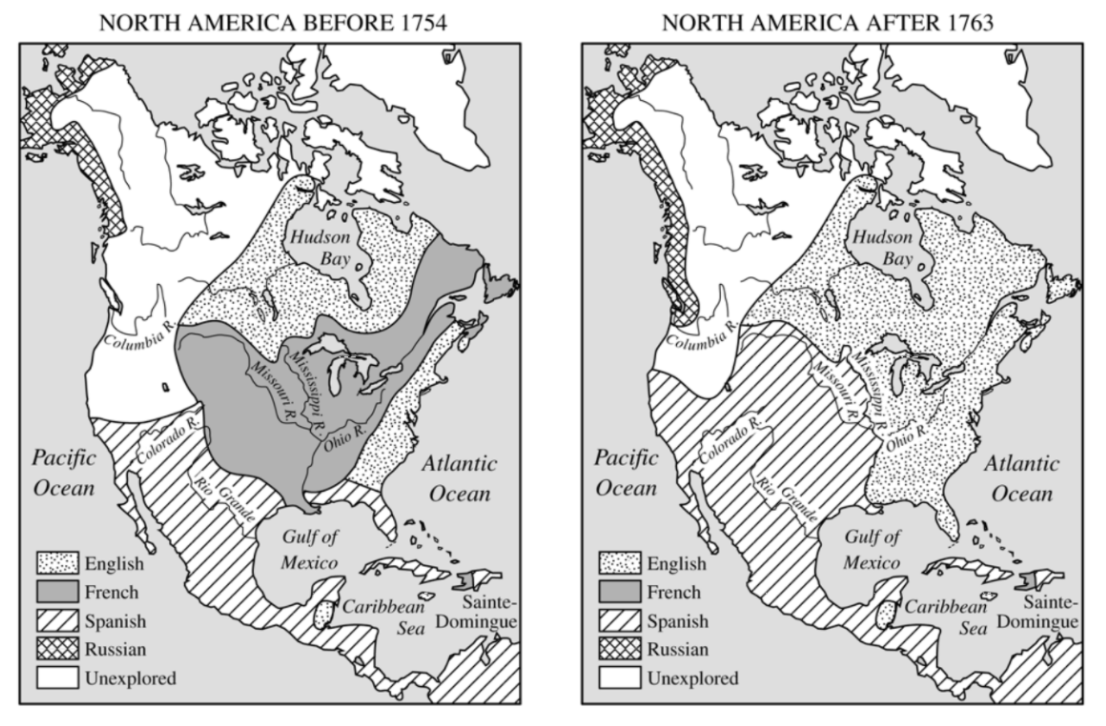