With the summer heat touching 45 degree Celsius, the wild animals in the Seshachalam biosphere, which is spread over Chittoor and Kadapa districts in Andhra Pradesh, are facing a torrid time. 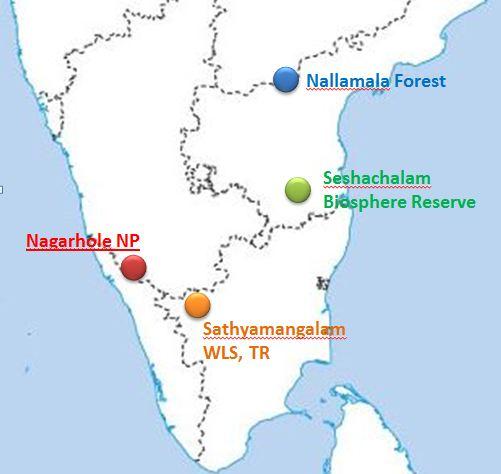 Why have the insurance companies been reluctant?

Central to the idea of growth:

a. Perspective from the West:

b. The absence of a manufacturing:

Experts opine that the reasons listed above are good why an economy-wide planning mechanism is needed in India. However, the Indian state should steer clear of the “command and control” approach that harks back to pre-1991 days.

The reasons are listed as below:

a. Firstly, there is the need to coordinate complementary investments when there are significant economies of scale and capital market imperfections (for example, as envisaged in a Visakhapatnam-Chennai Industrial Corridor).

b. Secondly, industrial policies are needed to address learning externalities such as subsidies for industrial training (on which we have done poorly).

As a matter of fact, industrial policy was reinforced by state investments in human capital, particularly general academic as well as vocational education/training aligned with the industrial policy, in most East Asian countries.

However, a lack of human capital has been a major constraint upon India historically being able to attract foreign investment (which Southeast Asian economies succeeded in attracting).

c. Thirdly, the state can play the role of organiser of domestic firms into cartels in their negotiations with foreign firms or governments — this is a role particularly relevant in the 21st century after the big business revolution of the 1990s (with mega-mergers and acquisitions among transnational corporations).

As a matter of fact, one objective of China’s industrial policies since the 1990s has been to support the growth of such firms (examples being Lenovo computers, Haier home appliances, and mega-firms making mobile phones).

d. Fourthly, the role of industrial policy is not only to prevent coordination failures (i.e. ensure complementary investments) but also avoid competing investments in a capital-scarce environment.

It is important to note that excess capacity leads to price wars, adversely affecting profits of firms — either leading to bankruptcy of firms or slowing down investment, both happening often in India (witness the aviation sector).

Even worse, price wars in the telecom sector in India have slowed profits (even caused losses), which hampers investment in mobile/Internet coverage of rural India where access to mobile phones and broadband Internet, needs rapid expansion.

e. Fifthly, an industrial policy can ensure that the industrial capacity installed is as close to the minimum efficient scale as possible.

f. Sixthly, when structural change is needed, industrial policy can facilitate that process.

A Look at the Asian story:

Certain Actions that the U.S. has taken:

What India must do?

Labelling the opposition as “khichdi”:

Does a “surplus coalition” mean a successful coalition?

Could a truly plural coalition have had an impact on demonetization?

Would a prospective coalition that could come to power, go for a pre-election coalition on the basis of a common minimum programme?

6. Article 324 and role of Election Commission

A Narration of Events:

What prompted the decision?