Revolutionary freedom fighter Bhagwati Charan Vohra died on May 28, 1930 as a result of an explosion while testing a bomb. Vohra was the author of the famous article titled “The Philosophy of Bomb”. 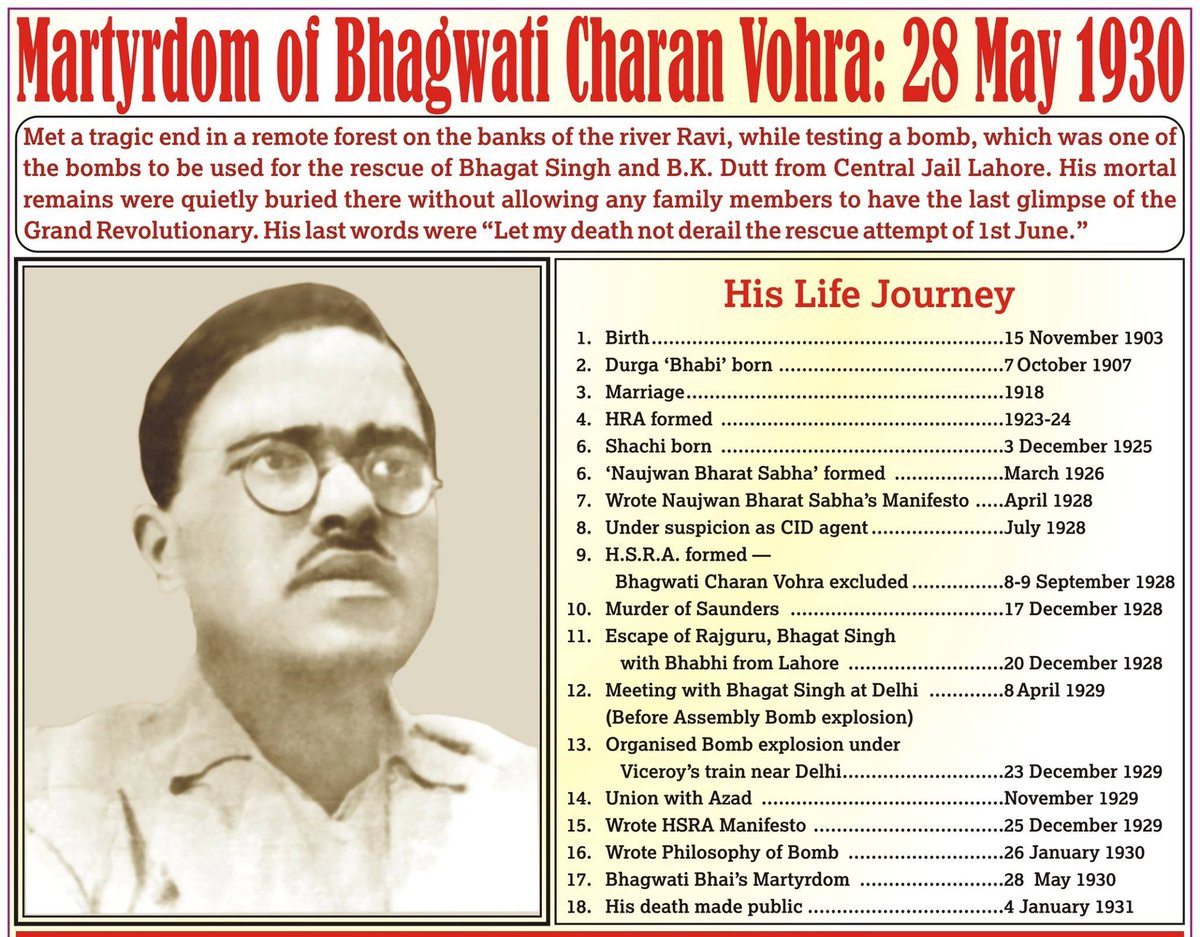