Revolutionary freedom fighter Jatindra Nath Das, also known as Jatin Das, was arrested by the British on 14 June 1929 in connection with the Lahore Conspiracy Case. He passed away in prison after a 63-day hunger strike. 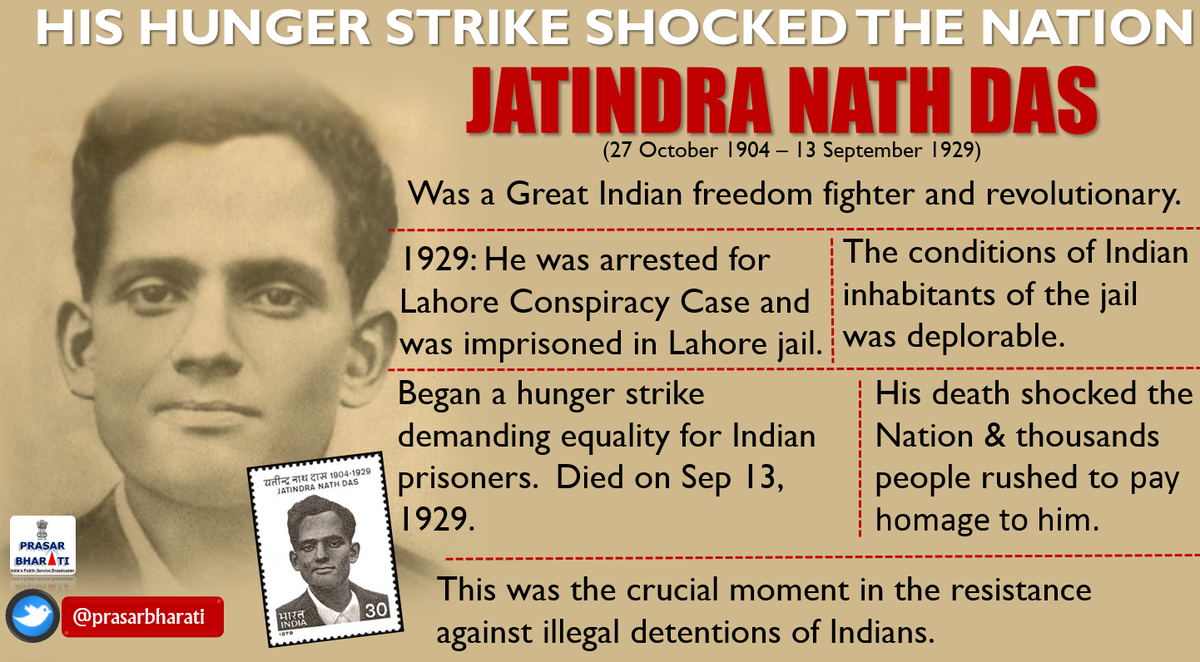